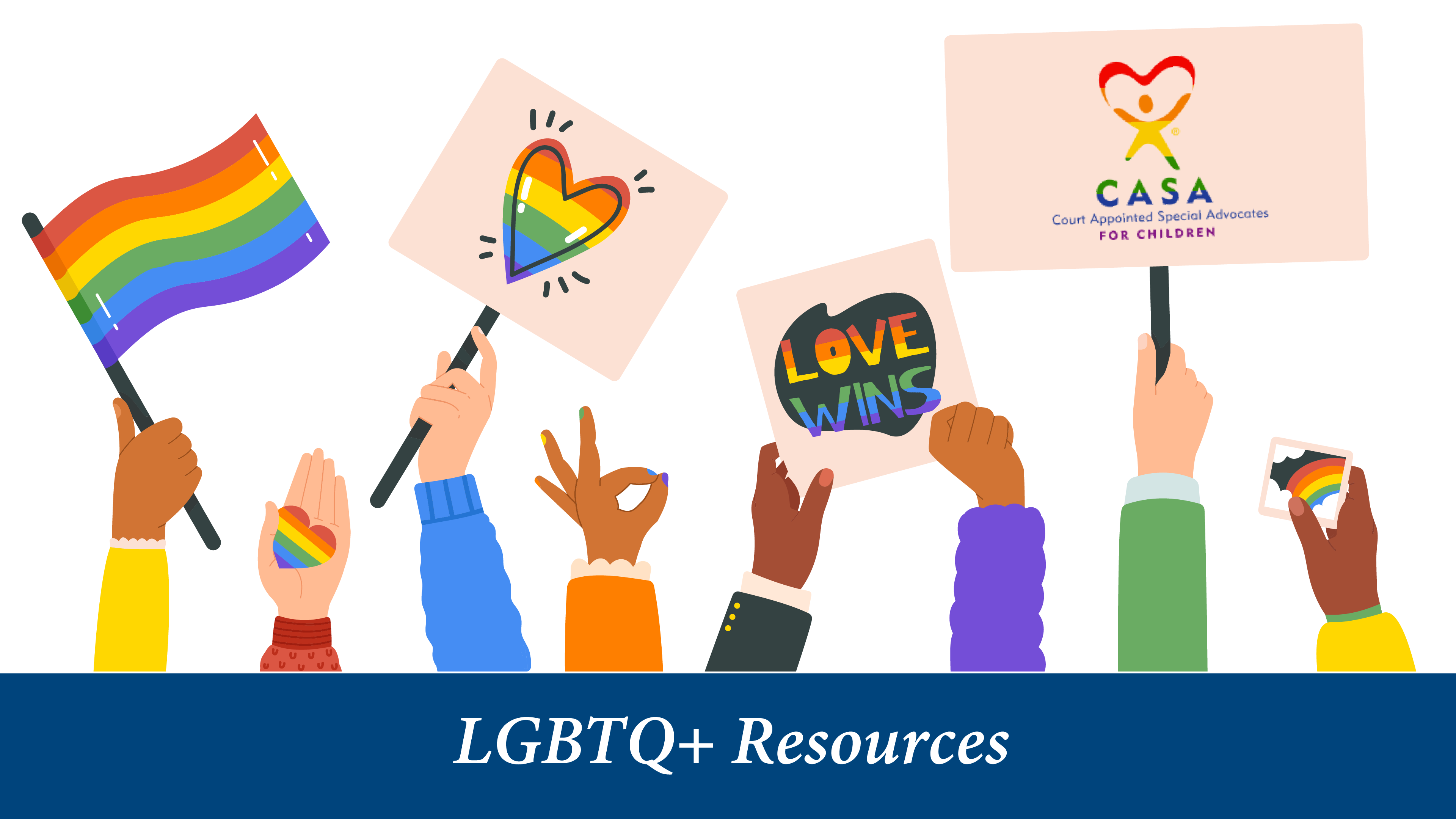 Around 30% of LGBTQ+ youth report family violence and around 4% are forced from their homes due to conflicts over their sexual orientation or gender identity. Furthermore, an estimated 43% of LGBTQ+ youth experiencing homelessness were forced from their homes due to these conflicts. As a result, around 30% of youth in foster care identify as LGBTQ+ (compared to 11.2 percent of the general foster care population.) LGBTQ youth also are more likely to experience abuse in foster care than peers.

When serving young people in foster care that are part of the LGBTQ+ community, it’s important that we always meet them where they’re at in their path to self-discovery to create a welcoming and affirming environment. In doing so, our CASA Volunteers create a relationship based on trust, allowing us to better advocate for their best interest throughout the entirety of their case.

This page is made possible through a grant from the Gay Community Endowment Fund of Akron Community Foundation.

CASA is a safe and welcoming space for all LGBTQ+ volunteers and the youth we serve!

It Gets Better Project

Coming Out: A Handbook for LGBTQ Young People

The Crisis Intervention and Recovery Center